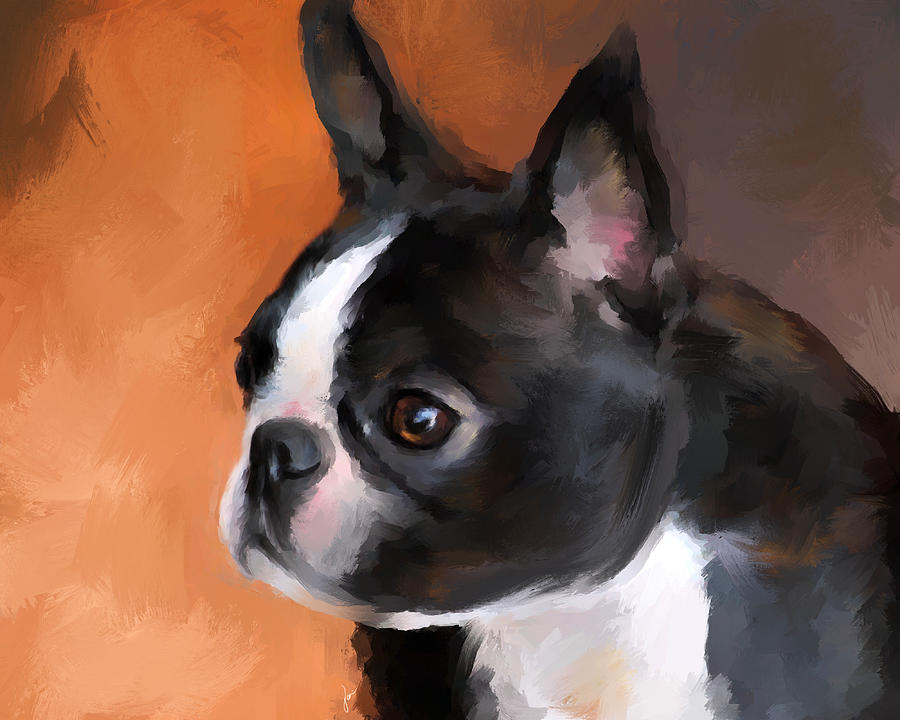 Perky Boston Terrier - I met this delightful, perky little Boston Terrier at our local dog show. He posed brilliantly for photos, and was just super alert and full of boundless energy! A little breed history...Following the Civil War, the Boston Terrier breed was developed in the stables of Boston, Massachusetts, as a fighting dog. An imported dog known as "Hooper's Judge" (sold to a Boston man in 1870) became the ancestor of our modern Boston Terriers. The breed is an American creation, resulting from a cross between an English Bulldog and a white English Terrier. In 1891, the breed became known as Boston Terriers, taking the name of the city where they originated. The Boston Terrier is a lively and highly intelligent breed with an excellent disposition, making for an excellent personal companion and house pet.